After Sushant Singh Rajput death  there is another bad news from Bollywood that Saroj Khan died on July 3, 2020. 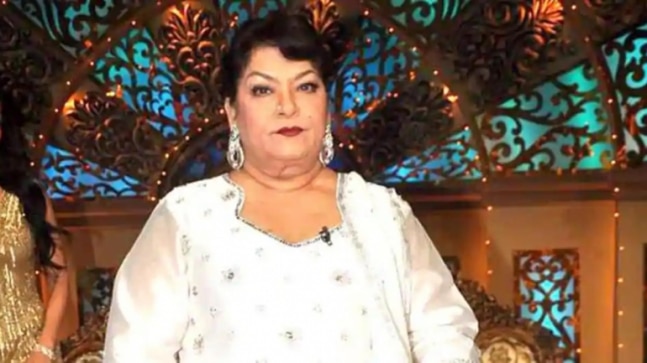 Saroj Khan was a famous dance choreographer in Bollywood. She was born in Mumbai on November 22, 1948 in a Khatri Sikh family. In past the parents of Saroj Khan had migrated to Mumbai from North-West Frontier Province (NWFP) after the partition of India.  After that she started her career as a child artist in the film Nazrana as baby Shyama at an age of three. She was a background dancer in 1950 and learnt dance under the film choregrapher B.Sohanlal. After that she was married with Sohanlal at an age of 13 whie the age of Sohanlal was 43 years old which was already married with 4 children. She did not know about the marriage of Sohanlal. She married businessman namely Sardar Roshan Khan in 1975 after the separation with Sohanlal. After marriage with Roshna Khan, they were one daughter namely Sukaina Khan that run dance institute in Dubai.  After some years, she worked as a independent choreographer with Geeta Mera Naam in the year 1974. She had wait for some years and then work with Sridevi in the famous song  Hawa Hawai in Mr India in the year 1987, Nagina in 1986, and Chandini 1989. After that she had work with Madhuri Dixit in popular song Ek Do Teen in tezaab in the year 1988, Tamma Tamma  Loge in Thanedaar in 1990 and Dhak Dhak karne Laga in Beta in the year 1992. Thereafter Saroj Khan was one of the most successful choreographers in Bollywood. Again she had work with Madhuri Dixit in Gulaab Gang in the year 2014.