Chinese company, Xiaomi has introduced the Redmi 6A smartphone in Chinese market. The Redmi 6 launches with the several features such as Face Unlock, an 18:9 display, a fingerprint sensor and a horizontal camera. 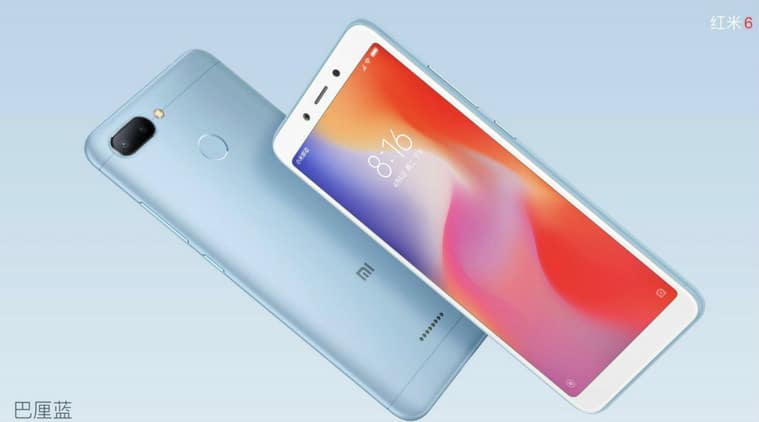 Specifications – The Redmi 6 smartphone offers a 5.45-inch HD+ with a resolution of 720×1440 pixels display with an18:9 aspect ratio. It has an octa-core 12nm MediaTekHelio P22 SoC and a 3GB or4GB of RAM. The device also offers 32GB or 64GB of storage which can be expandable up to 256GB by using microSD card. The device operates on MIUI 9 based on Android 8.1 Oreo and is back up by a 3000mAh.

The smartphone comes with a dual camera set up of 12-megapixel rear camera and second 5-megapixel which has an f/2.2 aperture and 1.25 microns with Portrait mode. There is another camera is placed at the front of 5-megapixel which is used for selfies and video calling with 1.12 micron pixels and f/2.2 aperture. It has several features such as 4G LTE, Bluetooth 4.2, Wi-Fi, GPS/ A-GPS, a 3.5mm headphone jack, and Micro-USB. There are some sensors on the smartphone such as accelerometer, ambient light sensor, digital compass, gyroscope, infrared, and proximity sensor. Its size is 147.5×71.5×8.3mm, and weighs 146 grams.