Indian company, Videocon has introduced the Krypton 22 smartphone in Indian market. It will be available in Black colour at a price of Rs 7,200. The smartphone comes with attractive features including an IR blaster, VoLTE, and VoWiFi support. 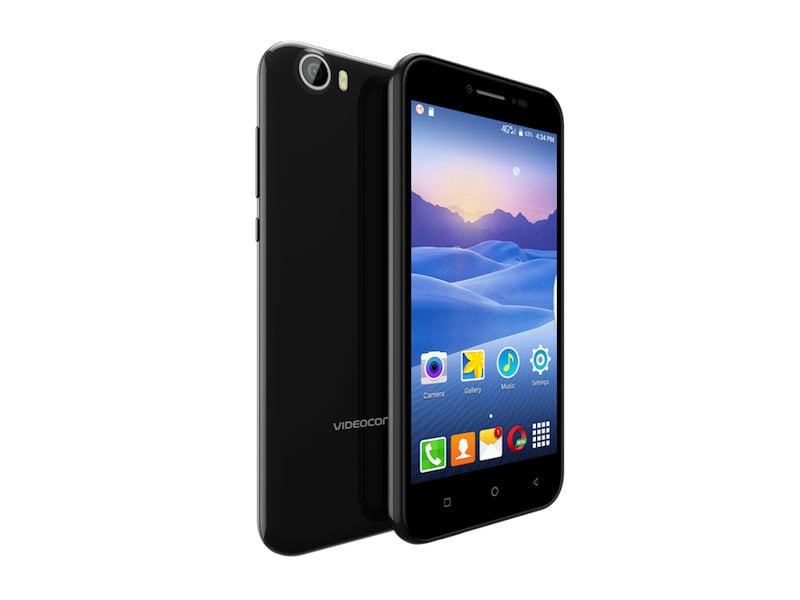 The Krypton 22 smartphone offers a 5-inch FWVGA (Full Wide Video Graphics Array) with a resolution of 480×854 pixels touchscreen display and operates on Android 7.0 Nougat. It has a 1.1 GHz quad-core MediaTek MT6737 SoC with 2GB of RAM. The device offers storage of 16B that can be expandable up to 64GB by using microSD card and is back up by a 2450mAh battery.

The smartphone comes with a camera at rear of 8-megapixel with LED flash and a camera at front of 5-megapixel with LED flash. It has several features such as 4G VoLTE, Wi-Fi 802.11 b/g/n, GPS, Bluetooth 4.0, USB OTG, infrared and FM radio. There are many sensors including accelerometer, ambient light sensor, and proximity sensor. Its dimensions are 145.2x72x8.9mm and support dual-SIM.

The smartphone comes with a VoWi-Fi feature in which user allows use the same mobile number and same smartphone dialler interface that making a call on any Wi-Fi network and the VoLTE (Voice-over-LTE) technology in which voice calls are to be carried in LTE (Long Term Evolution) networks.

The company is also offering for a smartphone with 1-year subscription of Eros Now and 1 Full version Gameloft.