The word ‘penguin’ is believed to have come from Latin root PINGUIS which means fat. Penguins are exclusively found in the southern hemisphere that is Antarctica and so are called Antarctic Penguins. The larger penguins are found in more souths in the Antarctic region. There are seventeen species of living penguins which is belonging to the SPHEISCIDRE family in biologic term. Although almost all penguins live in the southern hemisphere, some species are also found in the temperate zone. The GALAPAGOS penguins are found near the equator. Out of seventeenth species, only two species are abundant in continental Antarctica namely ADELIE and EMPEROR.

It was discovered that earlier the penguins were able to fly also but lost their ability to fly sometimes later when they adapted to living in the sea. Now they are seen running and skiing on their bellies pushed by their flippers. Due to adapted life in the water, their wings have evolved into flippers. It is found that they spend approximately half of their lives on land and the other half in the sea. The penguins are piscivorous and eat only fish, skrilla, squid, and other forms of sea life. The penguins are not sexually dimorphic that is males and females look very similar in the size as well as appearance. Penguins are the only bird that molts, that is droop their feathers.

The largest living species is the emperor penguin on average; adults are at around 1.1 m (3 ft 7 in) tall and weigh 35 kg. The smallest penguin species is the little blue penguin which is also known as the fairy penguin, which are at about 40 cm (16 in) tall and weighs 1 kg (2.2 lb). Some ancient species attain enormous size as tall as an adult human. 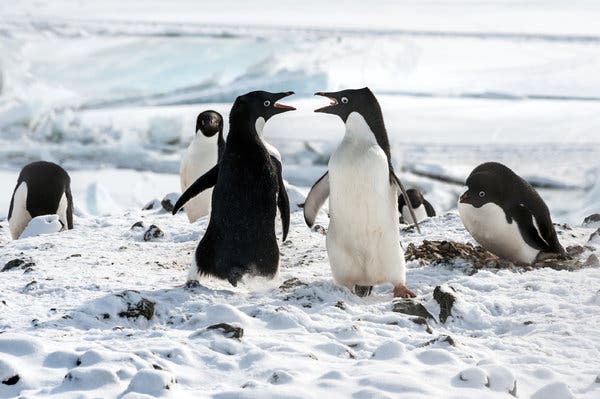 The penguins pick small stones by their beaks and make use of these stones while nesting their eggs. They also swallow the stones for grinding the food as well as to dive deeper.

As far as laying eggs is concerned, the female Emperor penguin lays the egg and immediately go for foraging. The papa penguin stays to nest the only egg that its female emperor partner has laid. The papa penguin emperor penguin continues to nest unmoved for months. The egg is incubated for around 65 days. The mommy penguin returns after nine weeks for the egg to hatch 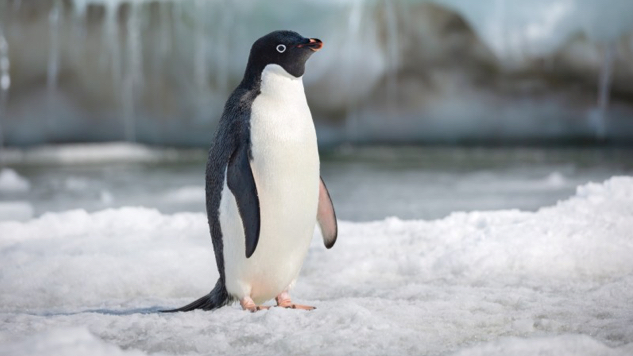 In a number of penguin species males feed their young chicks with milk that they produce in the oesophagus.  When a baby dies, penguins often kidnap other chicks.

The color of penguin is black and white only. The belly is white and the top is black. Their color pattern let them escape oceanic predators and the birds of prey such as skua.