Solar cooker – It is a device which is used to cook food by utilizing the energy radiated by the sun. 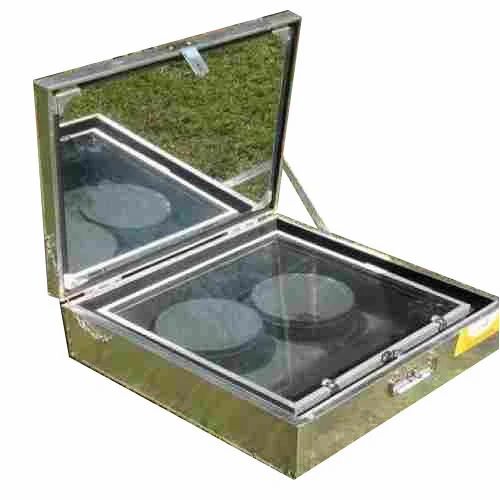 Working of solar cooker – When the sun rays fall on the reflector, the reflector send them to the top of solar cooker in the form of a strong beam of sun-light. The sun rays pass through the glass sheet cover and get absorbed by the black surface in the box. There is about one-third of sun-rays consists of infra-red rays which have a heating effect, and once the infra-red rays enter the box, then the glass sheet does not allow them to go back. In this way, more and more of infra-red rays of the sun get trapped in the black box, due to which the temperature in the box rises to about 100 Celsius to 140 Celsius. This heat cooks the food kept in the black containers. The use of a black surface and black containers inside the solar cooker box is due to the fact that a black surface absorbs more heat than any other color.