Bermuda triangle (sometimes also referred to as Devil’s Triangle) is considered as the region in Western part of the North Atlantic Ocean in between Bermuda, Miami, San Juan, and Puerto Rico. It is said that a number of aircrafts and ships, roughly 75 planes and hundreds of ships disappeared under mysterious circumstances in this area. However, most reputable sources dismiss the idea that there is any mystery.

Some writers have given different boundaries and vertices to the triangle with total area varying from 1,300,000 to 3,900,000 Km square.

It is said that an average 4 aircraft and 20 yachts go missing every year. In the Bermuda Triangle area, people have experienced electronic fog. The first person to report about Bermuda Triangle was Christopher Columbus who wrote that the ship compass stopped working in this area. It is also said that compass does not point magnetic north in this area. Instead it points towards true north which creates confusion for planes and ships that lost their courses. 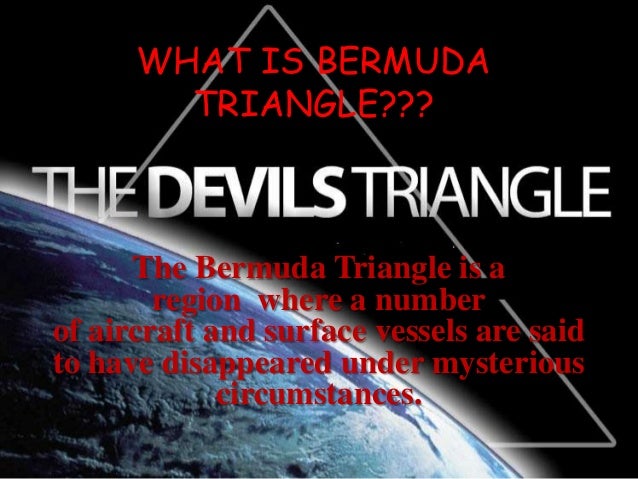 It is said that whenever any plane or ship disappears in the triangle, its debris also disappeared. The reason is described that Gulf Stream runs near the triangle which takes away debris. There are evidences that show about the mysterious disappearance of aircrafts and ships in Bermuda triangle.